NAPOLI, Insigne: "Renewing? If the club make great plans, I'm in. But it takes two to tango"

Coming from four goals scored in two games, Italian international winger/forward Lorenzo Insigne (25), tracked by several clubs on one side (Arsenal, Liverpool, AS Roma, AC Milan, Borussia Dortmund), and negotiating on a new contract with Napoli on the other one, told RAI Sport: "I know I'm doing fine at Napoli, since Italy head coach Ventura cares about having me in. A new contract? You all know it takes two to tango. I told president De Laurentiis I'm available, then it's up to him. I want this club to keep on growing and improving. I'm fine here, I'm doing the best I can, and, as long as the club will make great plans, I'm in". 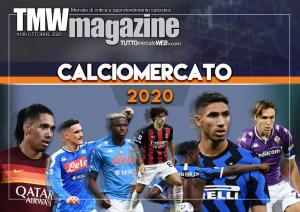